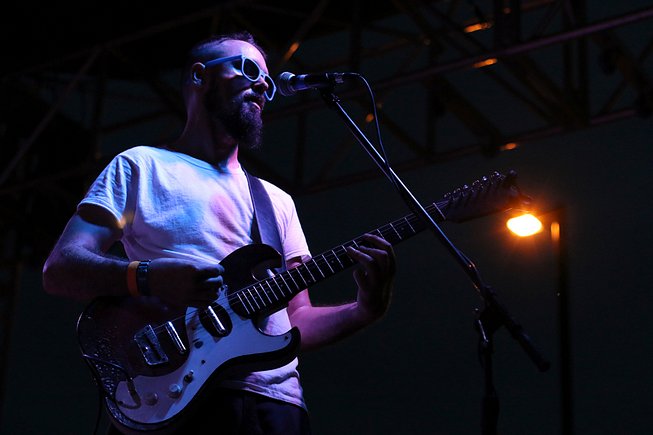 Born into this world from gas station cassette tape collecting semi-truck drivers, Alex “Crankshaft” Larson was introduced to a wide variety of music as a pup. In 1996 he traded a combination oil/wood stove to his uncle for his first electric guitar and amp. Since then he's been involved in many projects, including a band he started with his brother in 2001 called The Mojo Spleens. In 2008, while self-employed as a contractor, he started practicing as a one-man band and was playing shows two months later. Larson self-produced and released two EPs and one album during the next three years. In 2010 Crankshaft decided to hang up his hammer so he could focus on writing and performing music. Since then he's been earning a living playing, as both a traditional one-man band and as the leader of his band.